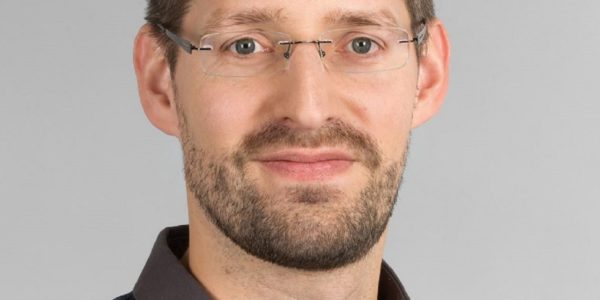 The national winner in the “microscopy” category for Wiki Science Competition 2019 is Benoit-Joseph Laventie. He is a French researcher studying pathogenic bacteria. He studied at University Louis Pasteur in Strasbourg (France) where he started his PhD in microbiology on Staphylococcus aureus toxins in 2007 in the laboratory of Gilles Prévost. Then he moved to the University of Basel (Switzerland) in 2011 as a Postdoc in the lab of Urs Jenal, where he was promoted to a research associate in 2017.

Currently, he is working on second messenger signalling in the pathogenic bacterium Pseudomonas aeruginosa, trying to understand the early infection and human host colonization mechanisms.

In his laboratory they are trying to visualize the course of lung infections, looking at entire lungs at the single cell level. In his own words: “This is hell of a challenge, especially when working with nasty bacteria, but the reward is knowledge under the form of beautiful images. Images are such a powerful way to share knowledge as they bring the real crude observations to the public and at the same time can attract attention by their artistic touch. Especially in the context of the antimicrobial crisis that draws attention to bacterial infections in the media, I think it’s good to bring science directly from the lab to the public.”

The runner-up in the same category is Gwendoline Delepierre. She obtained her Bachelor’s degree in chemistry at KU Leuven, where she worked on various research projects involving cellulose nanocrystals. During her Master’s studies, she continued working on cellulose nanocrystals in an internship at Cambridge University in the research group of Dr. Silvia Vignolini. She finished her Master’s program in KU Leuven and started her Ph.D. work in the Adolphe Merkle Institute in October 2017 under the supervision of Prof. Christoph Weder and is currently on an exchange at the University of British Columbia in Vancouver, Canada for a part of her PhD thesis.

Gwendoline’s research project investigates fundamental aspects of the self-assembly of cellulose nanocrystals. Cellulose is the most abundant biopolymer on this planet and can be found in higher plants, marine animals and bacteria. Cellulose is a highly functionalizable polymer, which has many industrial applications. Cellulose contains highly ordered domains where nanoparticles can be extracted from, either chemically or mechanically, these nanoparticles are referred to as cellulose nanocrystals (CNCs). When CNCs are in a suspension, and above a critical concentration, these can form more ordered phases that can be seen under polarized optical microscopy, as seen on the image.

As she told us “I took part in this outreach opportunity, as I think it is hard for people outside the academic world or for people that are in different fields in science to put an image on a particular research. Via images it is much easier to share information and attract interest from people around you.”