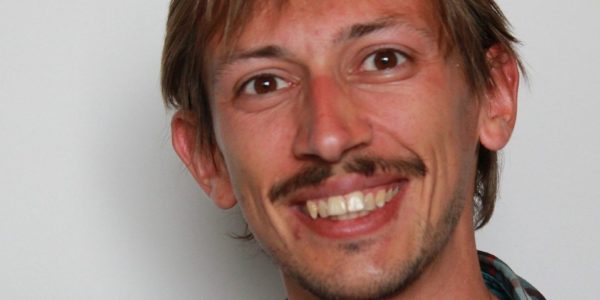 Lorenzo Losa is one of the four new members of the Board of Trustees, the governing body of the Wikmedia Foundation, elected by the Wikimedia community around the world. Following a new election process that included several rounds of voting, Lorenzo will join the board along with Rosie Stephenson-Goodknight, Victoria Doronina and Dariusz Jemielniak, in his third term.

Graduated in mathematics at the Normale University of Pisa, Lorenzo Losa has been active on Wikimedia projects since 2004. In 2011 he joined the board of Wikimedia Italy, of which he was also president between 2016 and 2020.

Wikimedia CH asked him some questions:

WMCH: First of all, congratulations from Switzerland, Lorenzo. Can you telles a bit about your relation with Wikimedia CH?

Lorenzo: Since I live in northen Italy, Wikimedia CH is for me a neighbouring
chapter: I’ve often been at Wikimedia CH events, and it is the chapter with which I’ve had more contact. And, since the beginning of the current year, I’m also a member!

WMCH: That’ts great to hear! What would you say, why is your election a good news for the Italian speaking community or Switzerland?

Lorenzo: As a community member, one of the challenges that I have often felt is that the WMF and its board were at times far away and US-centric.
While the WMF board has a global scope, having someone who speaks the same language, or that lives in the same region and has a similar background, helps to ensure that the local voices are not lost.

WMCH: And as you look at the Wikimedia Foundation’s challenges – what do you see as the biggest and how will you influence the solution?

Lorenzo: We are at a key point in the implementation of the movement’s strategy, which has been in preparation since 2016. In particular, in the next few years we await the writing of the Movement Charter and the creation of the Global Council, which could lead to big changes in the structure of the movement. As a member of the Board of Trustees, I intend to support these changes by bringing my experience in the community, and keeping our core values and principles at the center.

WMCH: Thank you very much for your answers and all the best for this new task, Lorenzo!